This webinar was presented and recorded on June 8th, 2021

This webinar featured three presentations followed by a moderated discussion period. It will conclude with time for audience question and answer.

Second, Avvy Go examined the rise of Anti-Asian racism during the COVID 19 pandemic in the context of the history of legislated racism against Asian Canadians, and the ongoing systemic racism in the form of socio-economic disparities facing people of Asian descent, including those with precarious immigration status.

Finally, Kelly Go from SWAN Vancouver shared how SWAN focuses its work on addressing the impacts of criminal and immigration law on im/migrant self-identified women in the sex industry. In this discussion, Kelly talked about the fusion of criminal justice and immigration enforcement at the intersection of race, gender, immigration status (or the lack of), and sex working status to examine the continuation of racist, classist, gendered stereotypes about racialized women, in particular Asian women and its impact on the community.

Dr. Jiyoung Lee-An is an interdisciplinary anti-racist feminist from South Korea, who currently lives on the traditional, unceded territories of the Algonquin nation. She is an Instructor in the School of Indigenous and Canadian Studies at Carleton University (https://carleton.ca/sics/people/jiyoung-lee-an/). 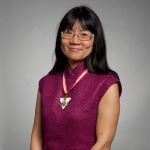 Avvy Go is the Clinic Director of the Chinese and Southeast Asian Legal Clinic (formerly known as the Metro Toronto Chinese & Southeast Asian Legal Clinic.)  She received her B.A. in economics and management studies from the University of Waterloo, LL.B. from the University of Toronto, and LL.M. from Osgoode Hall Law School. Since her call to the Bar in 1991, she has worked exclusively in the legal clinic system, serving the legal needs of low income individuals and families, the majority of whom are non-English speaking immigrants and refugees.  Immigration, human rights, and employment law are some of the main areas of law that she practices in.  Apart from her legal practice, Avvy spends much time doing community organizing and advocacy work. 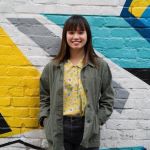 Kelly Go (pronouns: she/her/hers) is a Chinese settler living on the unceded, traditional and ancestral territories of the Musqueam, Squamish, and Tsleil-Waututh peoples. Born and raised in Hong Kong, Kelly moved to Canada in 2008. She speaks Cantonese, Mandarin and English, holds a Bachelor Degree in International Studies and is currently working towards a degree in Social Work. Kelly began volunteering with SWAN in 2016 before stepping into a full-time outreach worker role in 2017.