Human Trafficking: Innovative Responses Created By and For Youth and Indigenous Communities

Collin Graham presented on the Indigenous Anti-Human Trafficking Liaison Program which provides survivor-focused and localized responses to Human Trafficking created by and for Indigenous people. The program develops and implements culturally grounded presentations, educational materials, trauma-informed tools and resources, as well as, awareness and prevention tools specific to Indigenous HT for communities that are created with invaluable guidance from survivors.

Elder Mary Lou Smoke is a member of the Ojibway Nation. She is a gifted writer, singer, guitarist and traditional drummer who generously shares her talents with her community. An exceptional individual, Mary Lou has worked tirelessly for many years in the City of London to bridge racial divides. She is committed to sharing Indigenous knowledge, histories, and culture to overcome barriers that lead to misunderstandings and cultural divides. Mary Lou is a positive role model within both Indigenous and non-Indigenous communities, and has served as a Cultural Counsellor and Visiting Elder for a number of colleges, universities, and organizational service providers. She has also served as an Elder for local public school boards and helped develop cultural competency and ceremonial protocols that foster awareness and understanding across students, staff and administration

Elder Dan Smoke is a member of the Seneca Nation. He is active in many areas of community life as a traditional knowledge carrier, community activist, and cultural teacher. Dan carries diverse teachings from many Indigenous Nations, which he shares to educate those who are willing to learn and listen. Dan has also served as a Cultural Counsellor and Visiting Elder with a number of colleges, universities, and agencies throughout Ontario, and as an Adjunct Professor at Western. He has supported the development of cultural competency and ceremonial protocols to staff and faculty members, and has worked with public school boards over the past 14 years in many different capacities most notably working with youth. It is through Dan’s generous spirit, that he inspires everyone to believe in an inclusive community where new knowledge and understanding leads to healing, harmony and peaceful co-existence. 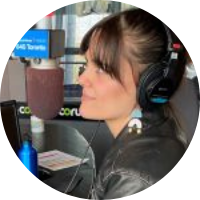 Marissa Kokkoros (she/her) is the Founder and Executive Director of Aura Freedom International. From her time in Sub-Saharan Africa, India, Nepal, Italy, Eastern Europe and Canada, Marissa has studied the social position of women and girls in different places and the communities surrounding them. Marissa has spent extensive time researching and documenting human trafficking and gender-based violence around the world and has implemented empowerment projects with women in different countries. In 2020, Marissa authored a report on gender-based violence in Canada entitled Relentless Resilience, which has been featured by different human rights and feminist groups. Marissa is an activist and advocate for gender equality in her hometown of Toronto, lending her experience to different projects around the city addressing male violence against women. Marissa’s passion is watching the ripple effects of placing knowledge and power into the hands of women and girls. Her dream is a world free from gender-based violence, but it’s her love for her daughter that keeps the beat of her heart. 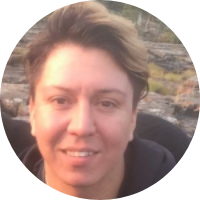 Collin Graham is from Ochiichagwe’ Babigo’Ining Ojibway First Nation. He grew up in Thunder Bay, ON. Collin has been an advocate in community development for over 20 years. Mr. Graham currently works at the Ontario Native Women’s Association as a Community Development Manager. His past work includes working in the Sexual Health sector, in the Mental Health sector, as well as working with youth. Collin is a huge advocate for the youth and empowers the 2S-LGBTQ community through experiential learning.

Collin is passionate about deconstructing colonialism at different levels through community, as well as on an individual basis. “It’s important that we have conversation with ourselves and to look at how we play a part in upholding structures of power.”

Collin is known for using humour as he believes it’s a pillar of resiliency amongst Indigenous communities and be used as a healing tool.

Aura Freedom’s Peer Prevention Project is an educational program that works to prevent human trafficking and sexual exploitation by advancing equity and empowering marginalized communities with knowledge, resources and support.

By analyzing the root causes of human trafficking and exploitation, our facilitators empower youth to demand better for themselves and their communities. Designed and created ‘for youth - by youth’, our workshops increase awareness of trafficking and exploitation, with a focus on equity and empowerment. Audiences are youth, frontline workers, educators, parents and other caregivers.

Aura Freedom is a grassroots, women-led organization working in Canada and beyond to end gender-based violence and human trafficking through advocacy and education, and by advancing the intersectional feminist movement.